keshichan at After Dark - Haruki Murakami 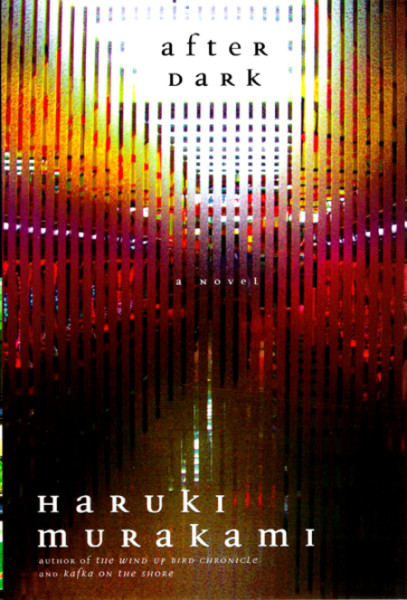 The story revolves in the lives of two sisters, Eri, the eldest and Mari, the youngest. Eri was described as Sleeping Beauty, whose beauty radiates throughout her body. As for Mari, she was knowledgeable and idealistic; two sisters that lived in one house that have too many differences in their lives.

[Summary...]The time passes as the two moved along the deepest of nights. Mari was seen first in Denny’s, an open diner, in the darkest of hours as she read a book, meeting one of her sister's schoolmates, Takahashi, during high school. They learn about each other and emotions unfurled between them.

On the other hand, Eri’s story started as she slept. Her sleep was deep and long. There she was, sleeping, just like Sleeping Beauty next to a television and was haunted by a menacing figure which was called as The Man with No Face.

Night passes. Clock ticks. Everything that happens at night was not what it seemed to be. The story continued to revolve in the sisters’ lives before the light begins. Parts of the story took place in dimensions between dreams and reality.


Haruki Murakami’s deep, realistic and mysterious ways of writing were really seen in this book. The story’s in-depth, visual and scenic narration of what happens in the middle of the night was very interesting. He showed how things may happen in real life as well as what happens in dreams. Your own imagination comes to life as you continue to read the books that he has written. He had his own perfect way of capturing lives like a camera.

As I read more of each chapter, I just got engrossed in his words. I tried to slowly read and savored every magical moment as the story unfolds. It’s like what was happening in the book was just at the tips of your fingers.

After Dark was the second book of Haruki Murakami’s creations that I have read. I hope to be fascinated by the other books that I’ve yet to read by him.

It is a good read and I recommend it for all readers out there.
Subscribe